30 Genghis Khan Quotes To Conquer And Win In Life 2023

Genghis Khan is one of the most famous and controversial figures in world history.

He was a Mongolian warrior and ruler who, at the peak of his power, controlled more territory than any other ruler in history.

While he is best known for his military successes, Genghis Khan also left behind a legacy of wisdom and insight.

In this blog post, we will take a look at some of the most memorable quotes attributed to Genghis Khan.

1. “If you had not committed great sins, God would not have sent a punishment like me upon you”– Genghis Khan

2. “I hate luxury. I exercise moderation It will be easy to forget your vision and purpose one you have fine clothes, fast horses and beautiful women. [In which case], you will be no better than a slave, and you will surely lose everything.”– Genghis Khan

4. “Not even a mighty warrior can brake a frail arrow when it is multiplied and supported by its fellows. As long as you brothers support one another and render assistance to one another, your enemies can never gain the victory over you. But if you fall away from each other your enemy can brake you like frail arrows, one at a time.”– Genghis Khan

5. “An action comitted in anger is an action doomed to failure.”– Genghis Khan

6. “Conquering the world on horseback is easy; it is dismounting and governing that is hard.”– Genghis Khan

7. “The Greatest Happiness is to scatter your enemy and drive him before you. To see his cities reduced to ashes. To see those who love him shrouded and in tears. And to gather to your bosom his wives and daughters.”– Genghis Khan

8. “The pleasure and joy of man lies in treading down the rebel and conquering the enemy, in tearing him up by the root, in taking from him all that he has.”– Genghis Khan

9. “Remember, you have no companions but your shadow”– Genghis Khan

10. “Even when a friend does something you do not like, he continues to be your friend.”– Genghis Khan

11. “With Heaven’s aid I have conquered for you a huge empire. But my life was too short to achieve the conquest of the world. That task is left for you”– Genghis Khan

12. “Come and sip from the cup of destruction.”– Genghis Khan 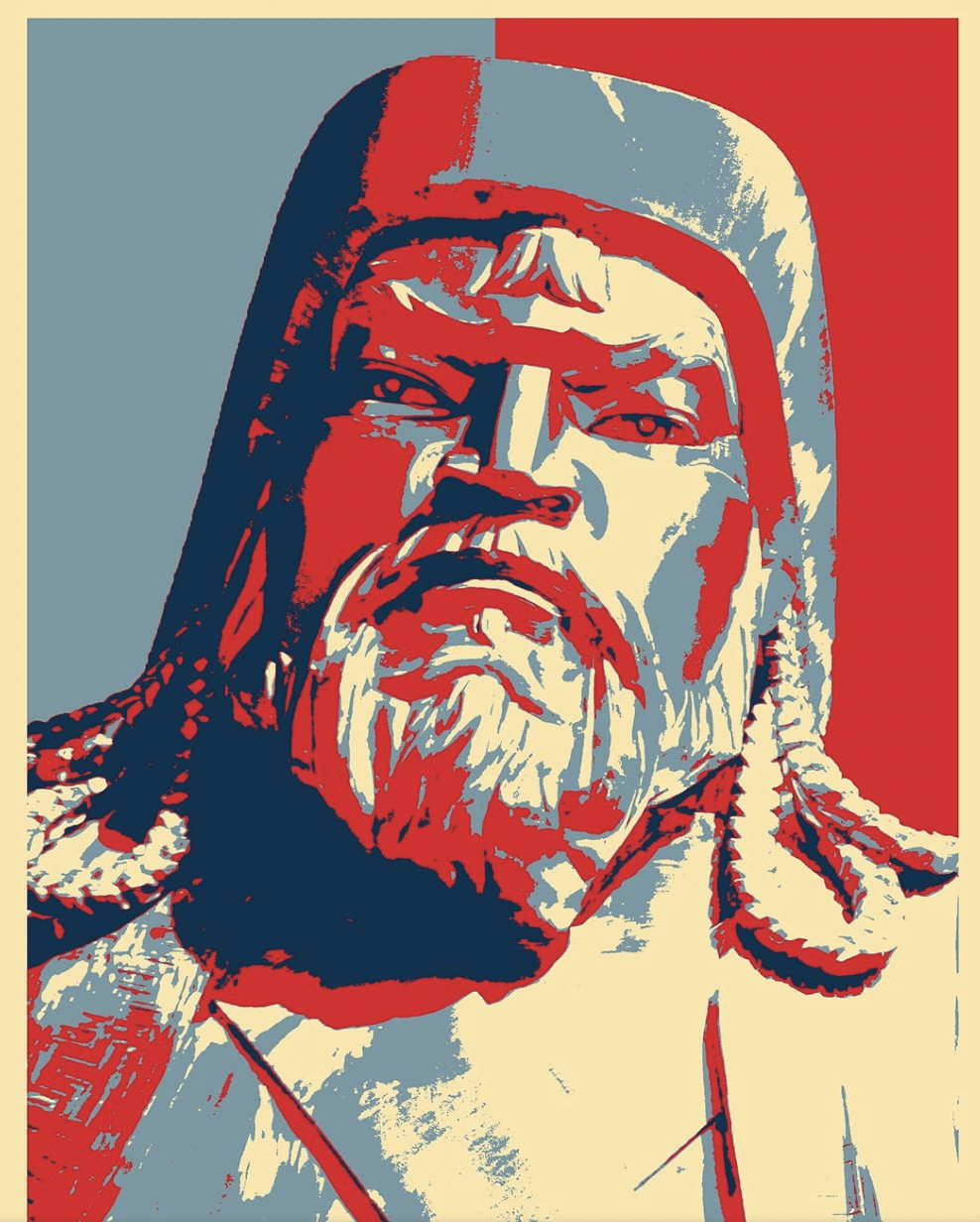 16. “A man’s greatest moment in life is when his enemy lays vanquished, his village aflame, his herds driven before you and his weeping wives and daughters are clasped to your breast.”– Genghis Khan

17. “A leader can never be happy until his people are happy.”– Genghis Khan

18. “Heaven grew weary of the excessive pride and luxury of China… I am from the Barbaric North. I wear the same clothing and eat the same food as the cowherds and horse-herders. We make the same sacrifices and we share.. our riches. I look upon the nation as a new-born child and I care for my soldiers as though they were my brothers.”– Genghis Khan

19. “The merit in action lies in finishing it to the end.”– Genghis Khan

20. “Heaven has appointed me to rule all the nations, for hitherto there has been no order upon the steppes.”– Genghis Khan

23. “All who surrender will be spared ; whoever does not surrender but opposes with struggle and dissension, shall be annihilated .”– Genghis Khan

24. “The strength of a wall is neither greater nor less than the courage of the men who defend it.”– Genghis Khan

25. “Be of one mind and one faith, that you may conquer your enemies and lead long and happy lives.”– Genghis Khan

26. “Man’s highest joy is in victory: to conquer one’s enemies; to pursue them; to deprive them of their possessions; to make their beloved weep; to ride on their horses; and to embrace their wives and daughters.”– Genghis Khan

27. “Perhaps my children will live in stone houses and walled towns – Not I”– Genghis Khan

28. “There is no good in anything until it is finished.”– Genghis Khan

29. “Heaven is weary of the luxury of China. I shall remain in the wilderness of the north. I shall return to simplicity and moderations once again. As for the clothes I wear and the food I eat, I shall have the same as cowherds and grooms and I shall treat my soldiers as brothers. In a hundred battles I have been at the forefront and within seven years I have performed a great work, for in six directions of space all things are subject to one ruler.”– Genghis Khan

30. “Happiness lies in conquering one’s enemies, in driving them in front of oneself, in taking their property, in savoring their despair, in outraging their wives and daughters.”– Genghis Khan

Genghis Khan was one of the most successful military leaders in history. He conquered more land than any other man and his empire stretched from China to Europe.

But what made him so successful? And what can we learn from him today? In this post, we’ve looked at some of the best Genghis Khan quotes that offer insights into his thinking and how he achieved such great success.

We hope you’ve enjoyed reading them as much as we have! What is your favorite quote by Genghis Khan?