50 Best Quotes On Victory To Keep You Motivated 2023

1. “The only victories which leave no regret are those which are gained over ignorance.” – Napoleon Bonaparte.

3. “Victory comes only after many struggles and countless defeats.” – Og Mandino.

4. “You cannot expect victory and plan for defeat.”- Joel Osteen.

5. “Be ashamed to die until you have won some victory for humanity.” – Horace Mann.

6. “I count him braver who overcomes his desires than him who conquers his enemies; for the hardest victory is over self.” – Aristotle.

7. “Set your face towards danger, Set your heart on victory.” – Gail Carson Levine.

8. “War’s very object is victory, not prolonged indecision. In war there is no substitute for victory.” – Douglas MacArthur.

9. “Victory is always possible for the person who refuses to stop fighting.” – Napoleon Hill.

10. “The means by which we achieve victory are as important as the victory itself.’ – Brandon Sanderson.

11. “The will to conquer is the first condition of victory.” – Ferdinand Foch.

12. “Accept the challenges so that you can feel the exhilaration of victory.” – George S. Patton.

14. “The first step on the way to victory is to recognize the enemy.” – Corrie ten Boom.

16. “If you can react the same way to winning and losing, that’s a big accomplishment.” – Chris Evert.

17. “In every defeat is a lesson showing you how to win the victory next time.” – Robert Collier.

18. “Some lean back. But those who lean forward are poised to cross the finish-line, first!” – T.F. Hodge.

20. “Victory is not won in miles but in inches. Win a little now, hold your ground, and later win a little more.” – Louis L’Amour.

24. “Not all dreamers are winners, but all winners are dreamers. Your dream is the key to your future.” – Mark Gorman.

25. “Strength does not come from winning. Your struggles develop your strengths. When you go through hardships and decide not to surrender, that is strength.” – Arnold Schwarzenegger.

26. “You’re going to go years where you just don’t win. That’s okay, as long as you keep trying to improve.” – Tiger Woods. 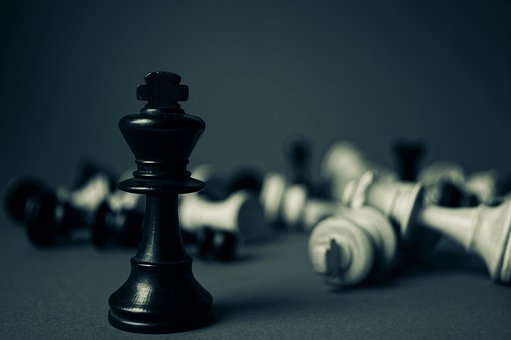 27. “I don’t pretend to know everything; I just only speak on matters I know I’ll win.” – Criss Jami.

28. “You have no choices about how you lose, but you do have a choice about how you come back and prepare to win again.”n- Pat Riley.

29. “Our doubts are traitors And make us lose the good we oft might win By fearing to attempt.” – William Shakespeare.

30. “One should always play fairly when one has the winning cards.” – Oscar Wilde.

31. “To become a champion requires a good mental attitude toward preparation.”- Bruce Lee.

32. “Champions realise that defeat – and learning from it even more than from winning – is part of the path to mastery.”- Rasheed Ogunlaru.

33. “I think self-awareness is probably the most important thing towards being a champion.” – Billie Jean King.

34. “The mark of a great player is in his ability to come back. The great champions have all come back from defeat.” – Sam Snead.

37. “I am a member of a team, and I rely on the team, I defer to it and sacrifice for it, because the team, not the individual, is the ultimate champion.” – Mia Hamm.

38. “For whatever it’s worth, never fall a victim of the struggle. And when it so happens remain a soldier and a champion.” – Don Santo.

39. “Champions aren’t made in the gyms. Champions are made from something they have deep inside them-a desire, a dream, a vision.” – Muhammad Ali.

40. “Realizing full well that fine condition and confidence will not in themselves make a champion, it is my belief, however, that they are essential factors.” – Marshall Taylor.

42. “To be a great champion you must believe you are the best. If you’re not, pretend you are.” – Muhammad Ali.

43. “The best and fastest way to learn a sport is to watch and imitate a champion.” – Jean-Claude Killy.

44. “Everyone has the fire, but the champions know when to ignite the spark.” – Amit Ray.

45. “I hated every minute of training, but I said, ‘Don’t quit. Suffer now and live the rest of your life as a champion.'” – Muhammad Ali.

46. “Show class, have pride, and display character. If you do, winning takes care of itself.” – Paul ‘Bear’ Bryant.

47. “Sometimes in life you don’t always feel like a winner, but that doesn’t mean you’re not a winner.” – Lady Gaga.

48. “The extra energy required to make another effort is the secret of winning.” – Denis Waitley.

49. “The harder the conflict, the more glorious the triumph.” – Thomas Paine.

50. “Winning is about struggle and effort and optimism, and never, ever, ever giving up.”- Amby Burfoot.