Antivirus or Firewall Software 2023: Choosing The Best for Your Small Business!

Cyber threats like ransomware, trojans, and phishing attacks can happen to any size of business. Larger businesses may be able to handle damage, but any effect on their finances could kill a small business.

There are many ways to protect yourself, but the easiest and often cheapest way is to use antivirus software.

Because there are so many things that could go wrong, I really think that small business owners should use more comprehensive products.

We have come up with some of the best ideas. 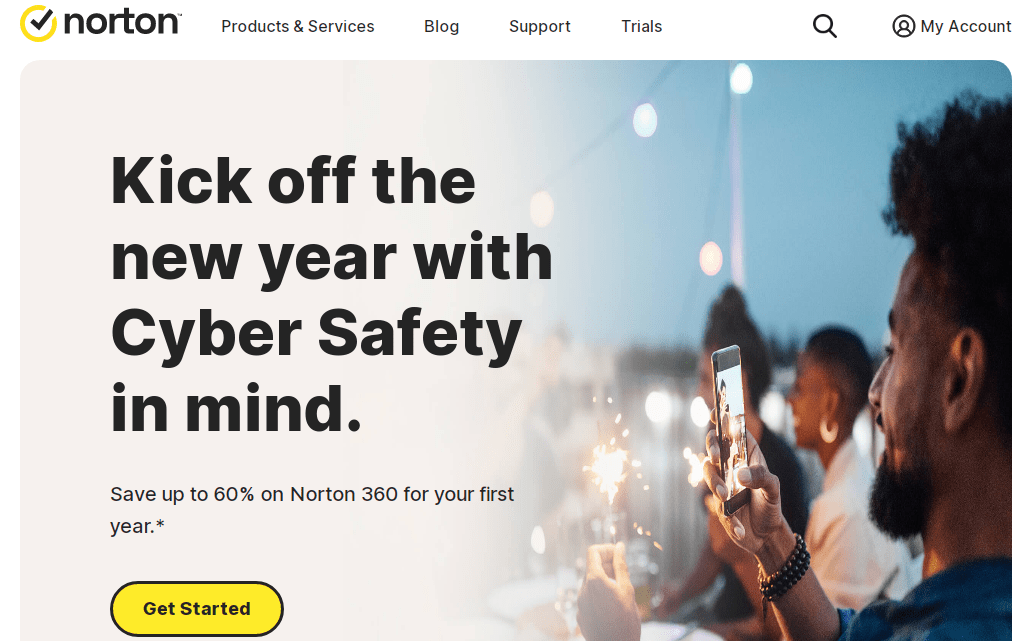 Most people have heard of Norton because it has been around for a long time and has a mixed reputation as a cybersecurity company.

In recent years, it has cleaned up its act a bit and now has a good product that can be used by many people.

Norton has solutions for large businesses, but its Norton 360 solution is also good for small businesses.

It protects you from threats in real time and comes with a password manager, Cloud backup storage, and VPN access.

Norton 360 comes in different packages, but the best one for businesses is 360 Deluxe.

It doesn’t have the parental controls that come with more expensive versions, but it can be used on up to five devices with one licence. If you need to use it on more devices, you can just buy another licence.

Some people might find it odd that a well-known Virtual Private Network (VPN) brand is on this list.

But the truth is that many VPNs are getting better and better at keeping everything safe. Surfshark Antivirus is one of these products that do a lot of things.

For a single price of about $2.49/mo, you get protection from a VPN, antivirus, search privacy, and data leak alerts.

At the moment, that’s just about everything. Still, the way Surfshark is going, I’m sure they’ll be adding more features soon.

This package has both pros and cons. The best thing about Surfshark is, of course, their expertise in data security and privacy.

Even though they aren’t very old as an antivirus service, their track record so far gives you some reason to trust them.

If you run a small business and money is tight, you might want to go with a free antivirus programme instead of none at all. Since 1988, Avast, a Czech company, has been known for giving users free protection.

Unfortunately, the company got into a scandal in 2020 when it sold user information through a subsidiary.

It has changed since then, but the product is still a good way to protect against viruses.

It does a great job of first-level defence and doesn’t make big claims about how many things it can do.

In addition to protecting against viruses, it actively checks the apps on devices and scans Wi-Fi channels for intrusions.

The Trump administration’s dislike of many foreign brands hurt the reputation of the Kaspersky brand in the United States.

Still, you shouldn’t be worried about this unless you do business with the government.

The protection engine in Kaspersky Internet Security has been given high marks, and it can also stop threats in real time.

Security threats are blocked automatically, and if they are found on your system, they are shut down right away.

This software does a lot more than just the basics. It protects Wi-Fi, has privacy tools, and even has a VPN service.

For use in a small business, you can choose to cover between three and five devices per licence, but the price goes up as you add more devices.

Avast bought AVG a few years ago, and now both companies are part of the same group.

But it still has the AVG logo, which should be familiar to many people. Even though AVG has a free antivirus programme, you should instead use AVG Internet Security 2021.

AVG Internet Security’s protection and speed have steadily gotten better over the years, while the user interface has stayed the same.

It’s not as hard to learn as Norton 360, but if you want more control, you might not like how simple it is.

This Internet security suite costs a lot less than what the top brands charge. There is a single-user licence for SOHOs. If you need more, you can just buy the 10-device pack, which should cover most small offices.

ESET is a company that has been around since 1992 and is based in Czechoslovakia. Surprisingly, the company has been very successful, leapfrogging brands like McAfee, Trend Micro, and others.

One reason for their success is that they have done very well in anti-malware lab tests, passing most of them with flying colours.

Also, they used to have a complicated user interface, but now it’s much easier to use.

ESET can protect between one and ten devices, just like most other Internet security suites for home or small office users.

But ESET gives you more options because you can buy a licence for the exact number of devices you want to protect.

Bitdefender is another company from Europe that works on cybersecurity. Since it began in 2001, the company has worked hard to get where it is now.

It works closely with VMware, Microsoft, and the Linux Foundation, among others.

One of their many great products is a suite made just for small office users. It has many of the usual features, like antivirus, but it also has some features that are only for office use.

For instance, protection against data breaches, video call leaks, and even network defence.

Bitdefender Small Office Security is best known for its licensing. A single license covers up to 20 devices, making it the only one on this list that is capable of doing so.

Even though it’s not cheaper than other options, it’s still easy to run.

Malwarebytes is a little different from other antivirus programmes. I first heard of this brand a long time ago, when Malware was just starting to become more common.

Today, it has grown into an all-around Internet security tool.

There is a free version of their virus scanner, but it doesn’t have enough features to be used in an office.

You don’t have to pay extra for a VPN with the Premium version because it has everything you need (I recommend you purchase that separately).

If getting rid of malware is your main concern, I can recommend them because I’m sure they’re good at it.

For protecting against viruses, they haven’t been fully tested. The whole package protects against malware, ransomware, web attacks, and exploits.

Webroot is another less well-known anti-virus programme that has made great strides over time.

It now has a bigger share of the market than older brands like McAfee and even Bitdefender. There are, of course, good reasons for this.

This antivirus software, which is actually a full solution but still goes by that name, has tools you won’t find anywhere else.

For example, it uses the SafeStart Sandbox to put suspicious files in a separate area and test them.

Even the tools that come with Webroot are very safe.

Two-factor authentication is used to protect the included password manager, but what’s more important is that everything is wrapped up in an easy-to-use interface.

You’ll notice that most of the items on this list are for people who use them at home. Many of these can protect between five and ten devices, which makes them better for small offices.

You can always buy another licence if you need more.

Most solutions for small offices will cost more, but the bigger problem is that they can be hard to run.

Instead of having to deal with that, you should start with something like the ones above and think about switching to small office solutions as your business grows.

Those who can’t decide between Norton and Kaspersky can rest assured that they have many other options, many of which are well-known and very good.

I’ve used many brands over the years, and as long as you don’t do crazy things online, most of them are good at what they do.