Hillary Clinton is a powerhouse when it comes to politics. She has been in the public eye for years and has a lot of wisdom to share.

These Hillary Clinton quotes will inspire you to be your best self and achieve your goals.

Clinton is an advocate for women’s rights, human rights, and social justice, so her words carry a lot of weight. Read on to learn more about what she has to say! 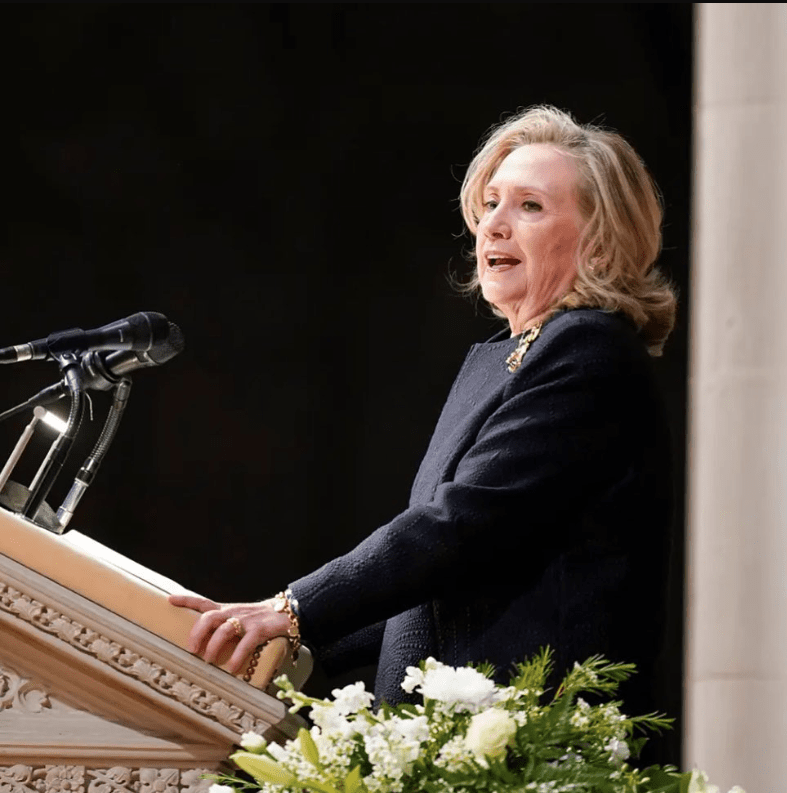 1. “Don’t confuse having a career with having a life.” — Hillary Clinton

2. “Like it or not, women are always subject to criticism if they show too much feeling in public.” — Hillary Clinton

3. “If I want to knock a story off the front page, I just change my hairstyle.” — Hillary Clinton

4. “I have a million ideas. The country can’t afford them all.” — Hillary Clinton

5. “Here is a sense that things, if you keep positive and optimistic about what can be done, do work out.” — Hillary Clinton

6. “When I became secretary of state, I felt one of my primary jobs was building relationships around the world.” — Hillary Clinton

7. “We should remember that just as a positive outlook on life can promote good health, so can everyday acts of kindness.” — Hillary Clinton

8. “Tonight’s victory is not about one person. It belongs to generations of women and men who struggled and sacrificed and made this moment possible.” — Hillary Clinton

9. “The challenge now is to practice politics as the art of making what appears to be impossible, possible.” — Hillary Clinton

10. “I have gone from a Barry Goldwater Republican to a New Democrat, but I think my underlying values have remained pretty constant; individual responsibility and community. I do not see those as being mutually inconsistent.” — Hillary Clinton 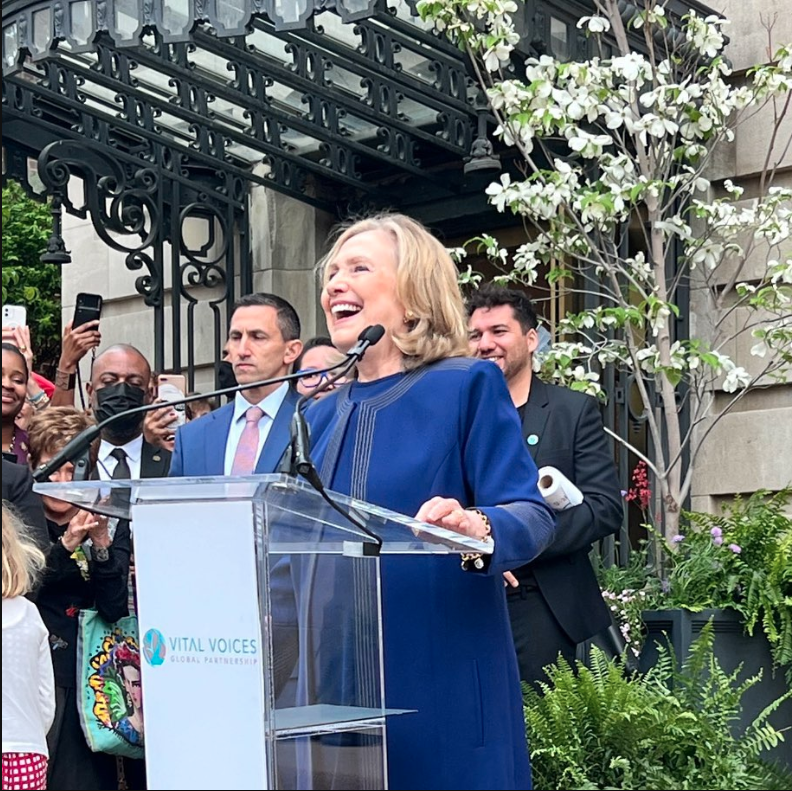 11. “We are Americans, We have the right to participate and debate any administration.” — Hillary Clinton

12. “I will fight against the division politics of revenge and retribution. If you put me to work for you, I will work to lift people up, not put them down.” — Hillary Clinton

13. “In too many instances, the march to globalization has also meant the marginalization of women and girls. And that must change.” — Hillary Clinton

14. “And I will repeat today what I have said throughout this campaign. I will not raise taxes on the middle class. I will give you tax relief to help ease these burdens.” — Hillary Clinton

15. “You know, one of the things my husband says when people say ‘Well, what did you bring to Washington,’ he said, ‘Well, I brought arithmetic.” — Hillary Clinton

16. “Dignity does not come from avenging insults, especially from violence that can never be justified. It comes from taking responsibility and advancing our common humanity.” — Hillary Clinton

17. “Whether I am meant to or not, I challenge assumptions about women. I do make some people uncomfortable, which I’m well aware of, but that’s just part of coming to grips with what I believe is still one of the most important pieces of unfinished business in human history—empowering women to be able to stand up for themselves.”Hillary Clinton

18. “I suppose I could have stayed home and baked cookies and had teas, but what I decided to do was to fulfill my profession which I entered before my husband was in public life.”–Hillary Clinton

20. “We can tell stories all night and we can talk about the women who have inspired us. But what inspires me is not just who they are, but what they do. They roll their sleeves up and they get to work.”— Hillary Clinton 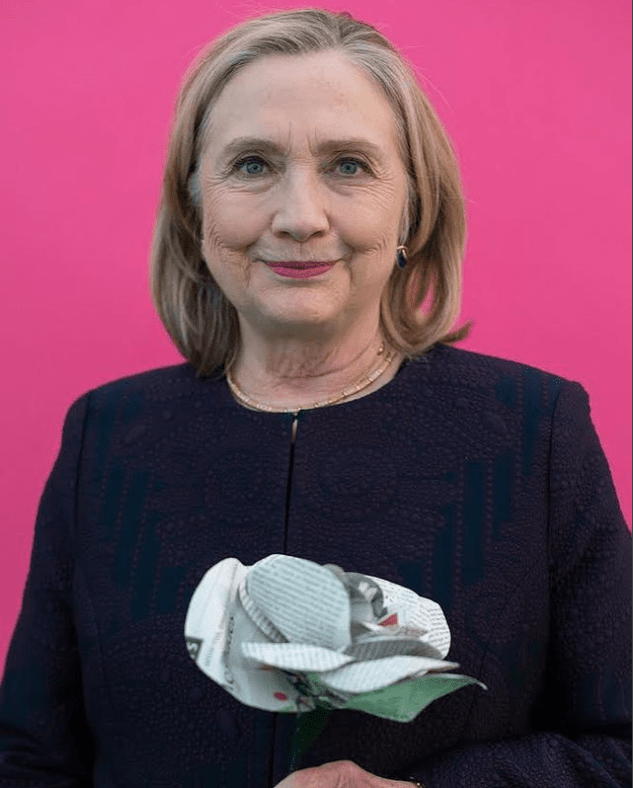 21. “I know that at a time when so much seems to be pulling us apart, it can be hard to imagine how we’ll ever pull together again. I know because I’ve seen it in the lives of people across America who get knocked down and get right back up. And I know it from my own life.— Hillary Clinton

22. “I have always believed that women are not victims. We are agents of change, we are drivers of progress, we are makers of peace–all we need is a fighting chance.”— Hillary Clinton

23. “Among the most striking things that I have learned is how much we have in common. I’ve sat down with people everywhere, discussing what was in their hearts and on their minds. And it doesn’t take long to find commonality, which is often overlooked, ignored, dismissed, and rejected otherwise.”— Hillary Clinton

24. “You can be so proud that, from now on, it will be unremarkable for a woman to win primary state victories, unremarkable to have a woman in a close race to be our nominee, unremarkable to think that a woman can be the President of the United States. And that is truly remarkable.”— Hillary Clinton

25. “The worst thing that can happen in a democracy – as well as in an individual’s life – is to become cynical about the future and lose hope.” — Hillary Clinton

26. “When you’re the presidential nominee you get to pick whomever you choose to be on the ticket, and that person gets to say yes or no because, obviously, it’s a very important decision.” — Hillary Clinton

27. “There is a sense that things, if you keep positive and optimistic about what can be done, do work out.”— Hillary Clinton

28. “Every moment wasted looking back, keeps us from moving forward…In this world and the world of tomorrow, we must go forward together or not at all.”— Hillary Clinton

29. “Do all the good you can, for all the people you can, in all the ways you can, as long as you can.”— Hillary Clinton

30. “You know, everybody has setbacks in their life, and everybody falls short of whatever goals they might set for themselves. That’s part of living and coming to terms with who you are as a person.” — Hillary Clinton

As we come to the end of this blog post, it is important to remember that Hillary Clinton has been a source of inspiration for many women over the years.

She has shown that with hard work and determination, anything is possible. We can all learn something from Clinton’s powerful quotes, no matter who we are or what we do.

What have you taken away from these inspiring words?