Mark Zuckerberg is one of the most influential figures in today’s society. With his work as the founder of Facebook, he has changed how we connect with others and share information.

His quotes are insightful and provide a unique perspective on success, innovation, and more.

In this blog post, you’ll find some of Zuckerberg’s best quotes along with explanations of what they mean to him. Enjoy! 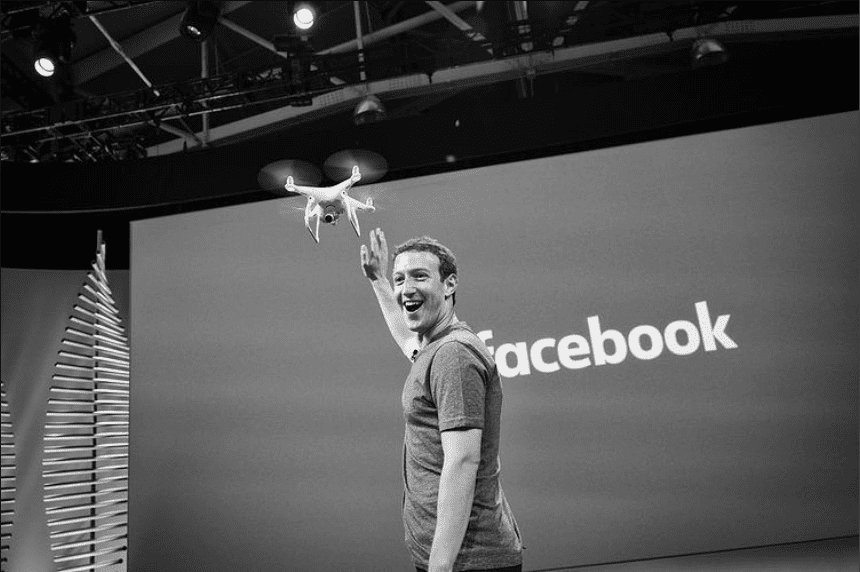 1. “Ideas don’t come out fully formed. They only become clear as you work on them. You Just have to get started.”― Mark Zuckerberg

3. “Entrepreneurship is about creating change, not just companies.” ― Mark Zuckerberg

4. “Find that thing you are super passionate about.” ― Mark Zuckerberg

7. “Move fast and break things. Unless you are breaking stuff, you are not moving fast enough.” ― Mark Zuckerberg

8. “When you give everyone a voice and give people power, the system usually ends up in a really good place.” ― Mark Zuckerberg

9. “I think a simple rule of business is, if you do the things that are easier first, then you can actually make a lot of progress.” ― Mark Zuckerberg

10. “Your goal should never be starting a company. Focus on the change you want to make.” ― Mark Zuckerberg

11. “Don’t let anyone tell you to change who you are.” ― Mark Zuckerberg

12. “Helping a billion people connect is amazing, humbling and by far the thing I am most proud of in my life.” ― Mark Zuckerberg

14. “The thing that we are trying to do at Facebook, is just help people connect and communicate more efficiently.” ― Mark Zuckerberg

15. “If you’re always under the pressure of real identity. I think that is somewhat of a burden.” ―Mark Zuckerberg

16. “The biggest risk is not taking any risk… In a world that changing really quickly, the only strategy that is guaranteed to fail is not taking risks.” ― Mark Zuckerberg

17. “There’s a difference between being obsessed and being motivated.” ―Mark Zuckerberg

18. “We are all human, no one is perfect. Focus not on the mistakes but as much good as you cannot was all trial and error. You cannot be afraid of making mistakes.” ― Mark Zuckerberg

19. “I started the site when I was 19. I didn’t know much about business back then.” ― Mark Zuckerberg

20. “People can be really smart or have skills that are directly applicable, but if they don’t really believe in it, then they are not going to really work hard.” ― Mark Zuckerberg 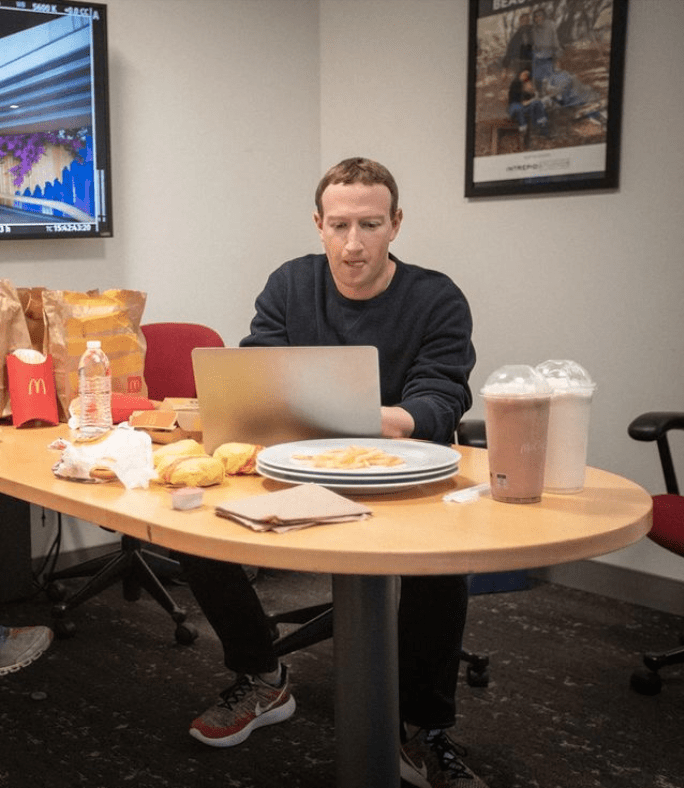 21. “In a world that’s changing so quickly, you’re guaranteed to fail if you don’t take any risks.” ― Mark Zuckerberg

22. “A guy how makes a new chair doesn’t owe money to everyone who ever built a chair.” ― Mark Zuckerberg

23. “VR is a very intense visual experience and having the most powerful PC is the only way to deliver certain experiences.” ― Mark Zuckerberg

24. “Having two identities for yourself is an example of a lack of integrity.” ― Mark Zuckerberg

25. “You are better off trying something and having it not work and learning from that than not doing anything at all.” ― Mark Zuckerberg

26. “Don’t discount yourself, no matter what you’re doing. Everyone has a unique perspective that they can bring to the world.” ― Mark Zuckerberg

27. “In a world that’s changing so quickly, you’re guaranteed to fail if you don’t take any risks.” ~ Mark Zuckerberg

29. “Building a mission and building a business go hand in hand.” ~ Mark Zuckerberg

30. “Don’t discount yourself, no matter what you’re doing.” ~ Mark Zuckerberg

31. “I’m here to build something for the long-term. Anything else is a distraction.” ~ Mark Zuckerberg

32. “Almost any mistake you can make in running a company, I’ve probably made” ~ Mark Zuckerberg

33. “There is a huge need and a huge opportunity to get everyone in the world connected, to give everyone a voice, and to help transform society for the future. The scale of the technology and infrastructure that must be built is unprecedented, and we believe this is the most important problem we can focus on.” ~ Mark Zuckerberg

34. “I don’t want to be in a situation where I have to leave some other commitment or worse I am rude and someone else has to support my stuff. I stopped coding for Facebook a while ago.” ~ Mark Zuckerberg

35. “It is really important for us that people understand what the strategy is and that the real approach is to make everything social, not to build a vertical approach.” ~ Mark Zuckerberg

36. “I generally think if you do good things for people in the world, that comes back and you benefit from it over time.” ~ Mark Zuckerberg

38. “When you give everyone a voice and give people power, the system usually ends up in a really good place. So, what we view our role as, is giving people that power.” ~ Mark Zuckerberg

39. “I got my first computer in the 6th grade or so. As soon as I got it, I was interested in finding out how it worked and how the programs worked and then figuring out how to write programs at just deeper and deeper levels within the system.” ~ Mark Zuckerberg

40. “If you just work on stuff that you like and you’re passionate about, you don’t have to have a master plan with how things will play out.” ~ Mark Zuckerberg 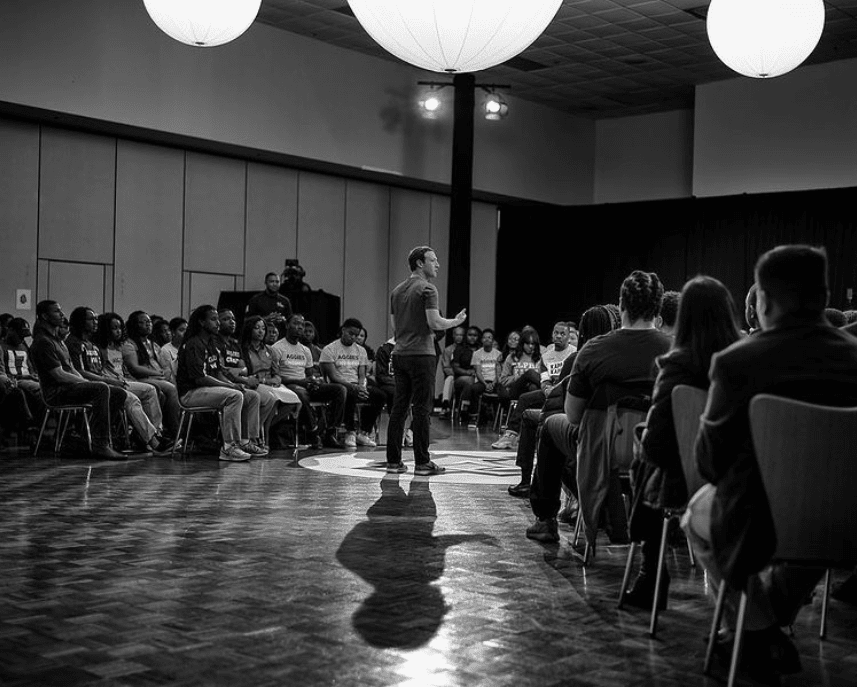 41. “It is important for young entrepreneurs to be adequately self-aware to know what they do not know.” ~ Mark Zuckerberg

42. “I think that people just have this core desire to express who they are. And I think that’s always existed.” ~ Mark Zuckerberg

43. “There’s a difference between being obsessed and being motivated.” ~ Mark Zuckerberg

44. “The companies that work are the ones that people really care about and have a vision for the world so do something you like.” ~ Mark Zuckerberg

45. “Companies face a handful of different risks, whether it is competitors or different market environments. But I think that people focus way too much on competitors and not enough on their own execution.” ~ Mark Zuckerberg

47. “I’d like to show an improved product rather than just talk about things we might do.” ~ Mark Zuckerberg

48. “The Hacker Way is an approach to building that involves continuous improvement and iteration. Hackers believe that something can always be better and that nothing is ever complete.” ~ Mark Zuckerberg

49. “Every application will be designed from the ground up to use real identity and friends.” ~ Mark Zuckerberg

50. “The question I ask myself like almost every day is: ‘Am I doing the most important thing I could be doing?’ Unless I feel like I’m working on the most important problem that I can help with, then I’m not going to feel good about how I’m spending my time. And that’s what this company is.” ~ Mark Zuckerberg 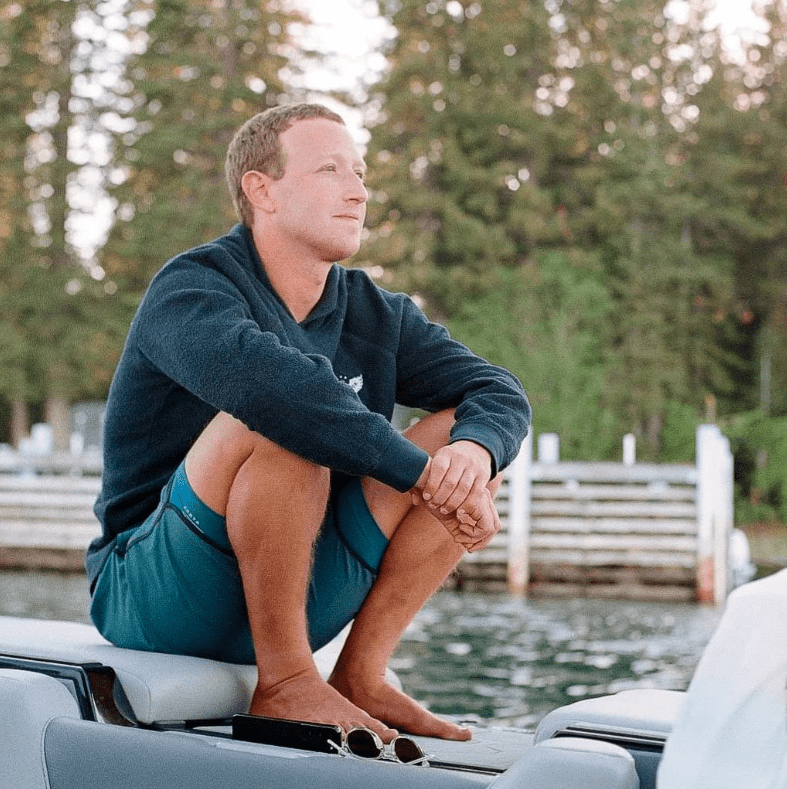 51. “In a recent survive of Millennials around the world asking what most defines our identity, the most popular wasn’t nationality, ethnicity or religion. It was “citizen of the world.” That’s a big deal. Every generation expands the circle of people we consider one of us. And in our generation, that now includes the whole world. This is the struggle of our time. The forces of freedom, openness, and global community against the forces of authoritarianism, isolationism, and nationalism – forces for the flow of knowledge, trade, and immigration, against those who would slow them down.” ~ Mark Zuckerberg

52. “Our mission is to make the world more open and connected. We do this by giving people the power to share whatever they want and be connected to whoever they want, no matter where they are.” ~ Mark Zuckerberg

53. “I started the site when I was 19. I didn’t know much about business back then.” ~ Mark Zuckerberg

54. “All of my friends who have younger siblings who are going to college or high school – my number one piece of advice is: You should learn how to program.” ~ Mark Zuckerberg

56. “I think as a company if you can get two things right–having a clear direction on what you are trying to do and bringing in great people who can execute on the stuff–then you can do pretty well.” ~ Mark Zuckerberg

57. “When I’m introspective about the last few years I think the biggest mistake that we made, as a company, is betting too much on HTML5 as opposed to native… because it just wasn’t there. And it’s not that HTML5 is bad. I’m actually, on long-term, really excited about it. One of the things that’s interesting is we actually have more people on a daily basis using mobile Web Facebook than we have using our iOS or Android apps combined. So mobile Web is a big thing for us.” ~ Mark Zuckerberg

Mark Zuckerberg is one of the most successful entrepreneurs in the world.

In order to achieve such great success, he has had to learn a lot about how people think and what makes them tick.

As you can see from these quotes, Zuckerberg understands that people are motivated by different things and that understanding this is key to being successful.

What do you think is the most important thing for entrepreneurs to understand about human behavior? Let us know in the comments!