Most people know Robert Frost as a celebrated American poet, but what many don’t know is that he was also a great philosopher.

His insights into life are both poetic and wise, making him one of the most quoted writers of all time.

In this blog post, we’ll explore some of Frost’s best quotes and discuss what they mean in relation to life.

Whether you’re a fan of poetry or not, these quotes are sure to offer you some food for thought. So sit back, relax, and enjoy! 1. “Education doesn’t change life much. It just lifts trouble to a higher plane of regard.” ― Robert Frost

2. “Education is the ability to listen to almost anything without losing your temper or your self-confidence.” ― Robert Frost

3. “The figure a poem makes. It begins in delight and ends in wisdom… in a clarification of life – not necessarily a great clarification, such as sects and cults are founded on, but in a momentary stay against confusion.” ― Robert Frost

4. “Writing free verse is like playing tennis with the net down.” ― Robert Frost

5. “Poetry is about grief. Politics is about the grievance.” ― Robert Frost

6. “Education is hanging around until you’ve caught on.

8. “There are two kinds of teachers: the kind that fills you with so much quail shot that you can’t move, and the kind that just gives you a little prod behind and you jump to the skies.” ― Robert Frost

10. “I have never started a poem yet whose end I knew. Writing a poem is discovering.” ― Robert Frost

11. “Poetry is when an emotion has found its thought and the thought has found words.” ― Robert Frost

12. “A poem begins as a lump in the throat, a sense of wrong, homesickness, lovesickness.” ― Robert Frost

13. “Love is an irresistible desire to be irresistibly desired.” ― Robert Frost

14. “In three words I can sum up everything I’ve learned about life: it goes on.” ― Robert Frost

15. “Always fall in with what you’re asked to accept. Take what is given, and make it over your way. My aim in life has always been to hold my own with whatever’s going. Not against: with.” ― Robert Frost

18. “There never was any heart truly great and generous, that was not also tender and compassionate.” ― Robert Frost

20. “My sorrow, when she’s here with me, thinks these dark days of autumn rain are beautiful as days can be; she loves the bare, the withered tree; she walks the sodden pasture lane.” ― Robert Frost 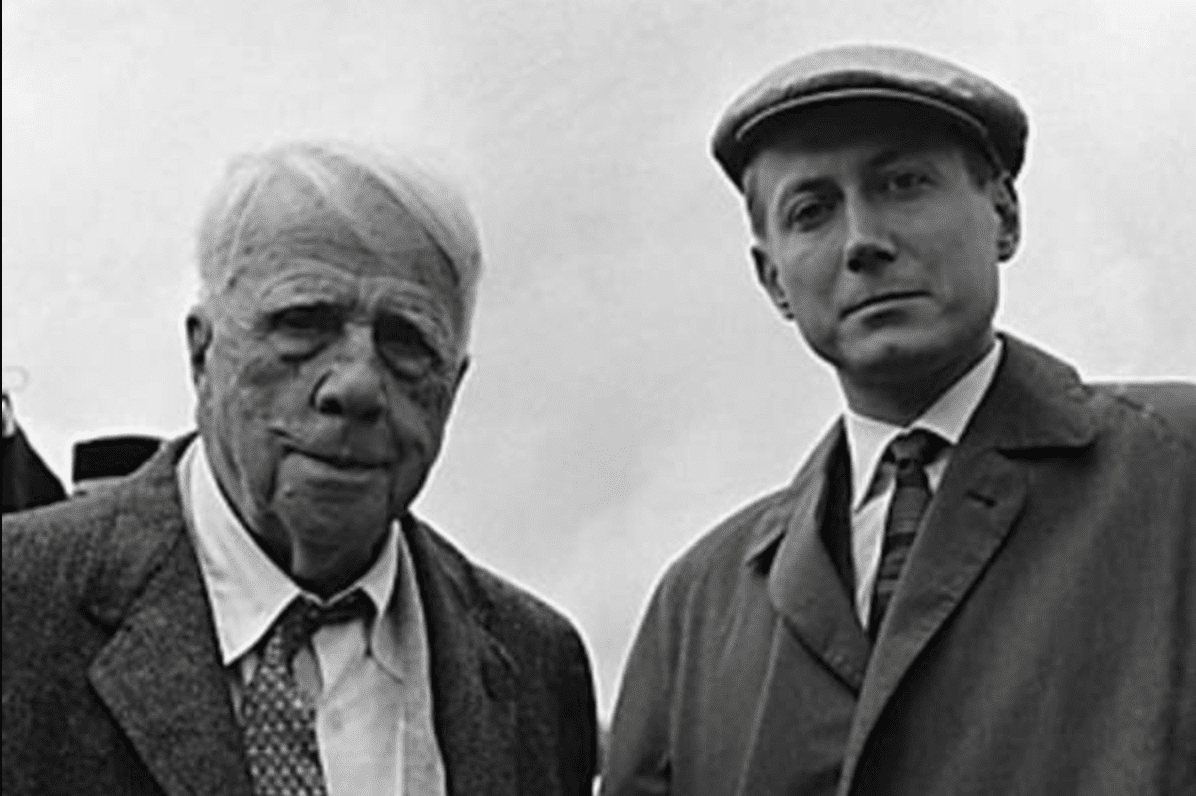 21. “A mother takes twenty years to make a man of her boy, and another woman makes a fool of him in twenty minutes.” ― Robert Frost

22. “Most of the change we think we see in life is due to truths being in and out of favor.” ― Robert Frost

23. “If one by one we counted people out For the least sin, it wouldn’t take us long To get so we had no one left to live with. For to be social is to be forgiving.” ― Robert Frost

24. “I am a writer of books in retrospect. I talk in order to understand; I teach in order to learn.” ― Robert Frost

25. “Home is the place where, when you have to go there, they have to take you in.” ― Robert Frost

26. “Forgive, O Lord, my little jokes on Thee, and I’ll forgive Thy great big joke on me.” ― Robert Frost

27. “Humor is the most engaging cowardice.” ― Robert Frost

28. “The world is full of willing people; some willing to work, the rest willing to let them.” ― Robert Frost

29. “The best things and best people rise out of their separateness; I’m against a homogenized society because I want the cream to rise.” ― Robert Frost

31. “It’s a funny thing that when a man hasn’t anything on earth to worry about, he goes off and gets married.” ― Robert Frost

32. “A civilized society is one which tolerates eccentricity to the point of doubtful sanity.” ― Robert Frost

33. “I never dared to be radical when young for fear it would make me conservative when old.” ― Robert Frost

34. “The only certain freedom’s in departure.” ― Robert Frost

36. “The woods are lovely, dark and deep. But I have promises to keep and miles to go before I sleep.” ― Robert Frost

37. “Two roads diverged in a wood and me – I took the one less traveled by, and that has made all the difference.” ― Robert Frost 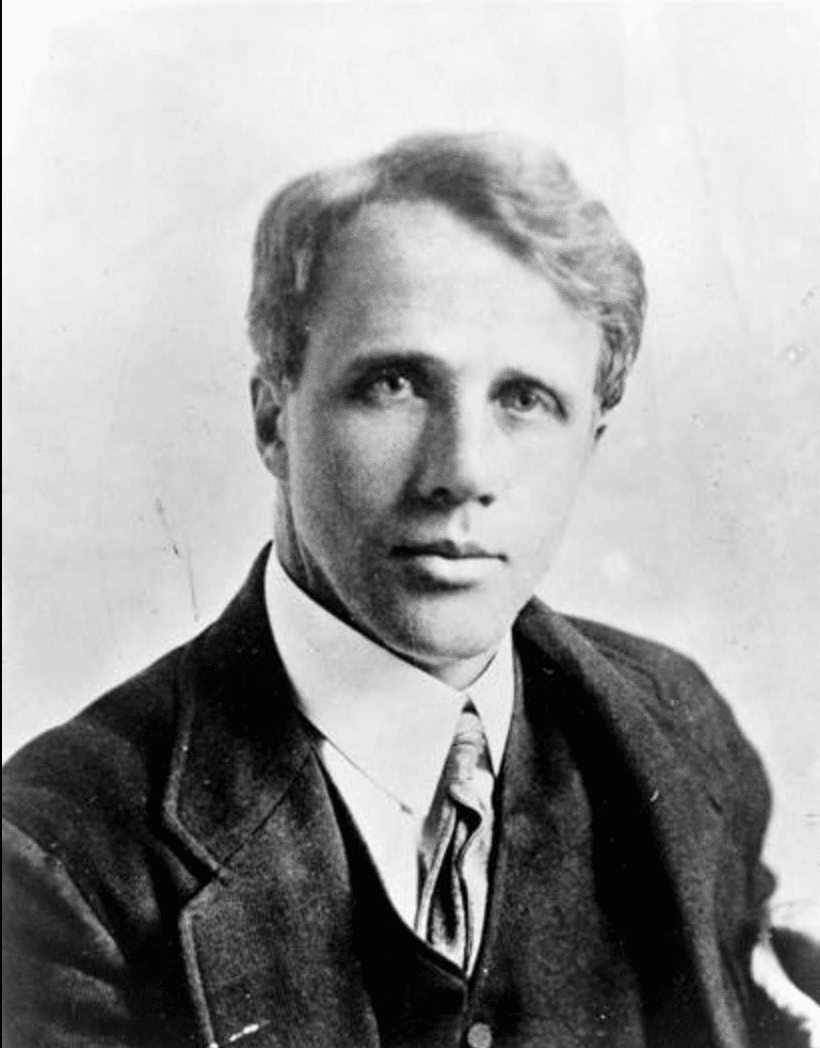 42. “If you don’t know how great this country is, I know someone who does; Russia.” ― Robert Frost

43. “You can be a rank insider as well as a rank outsider.” ― Robert Frost

44. “The jury consists of twelve persons chosen to decide who has the better lawyer.” ― Robert Frost

45. “The father is always a Republican toward his son, and his mother’s always a Democrat.” ― Robert Frost

47. “Happiness makes up in height for what it lacks in length.” ― Robert Frost

48. “Style is that which indicates how the writer takes himself and what he is saying. It is the mind skating circles around itself as it moves forward.” ― Robert Frost

50. “Poetry is what gets lost in translation.” ― Robert Frost

51. “I hold it to be the inalienable right of anybody to go to hell in his own way.” ― Robert Frost

52. “And were an epitaph to be my story I’d have a short one ready for my own. I would have written of me on my stone: I had a lover’s quarrel with the world.” ― Robert Frost

53. “Forgive me my nonsense, as I also forgive the nonsense of those that think they talk sense.” ― Robert Frost

58. “A poem begins in delight and ends in wisdom.” ― Robert Frost

59. “Take care to sell your horse before he dies. The art of life is passing losses on.” ― Robert Frost

60. “Two such as you with such a master speed, cannot be parted nor be swept away, from one another once you are agreed, that life is only life forevermore, together wing to wing and oar to oar.” ― Robert Frost

61. “I often say of George Washington that he was one of the few in the whole history of the world who was not carried away by power.” ― Robert Frost

62. “We dance round in a ring and suppose, but the secret sits in the middle and knows.” ― Robert Frost

63. “If society fits you comfortably enough, you call it freedom.” ― Robert Frost

64. “A bank is a place where they lend you an umbrella in fair weather and ask for it back when it begins to rain.” ― Robert Frost

66. “A diplomat is a man who always remembers a woman’s birthday but never remembers her age.” ― Robert Frost

67. “A jury consists of twelve persons chosen to decide who has the better lawyer.” ― Robert Frost

68. “Being the boss anywhere is lonely. Being a female boss in a world of mostly men is especially so.” ― Robert Frost

69. “Nothing can make injustice just but mercy.” ― Robert Frost

Robert Frost was a master of the written word and his poetry is some of the most quoted in history.

His words are often insightful, thought-provoking, and moving. We’ve looked at a few of his most famous quotes and what they mean for business owners and marketers.

What has your favorite Frost quote taught you about running your business?